ANZAC day has different meanings to everyone and will bring back both good and bad memories. The bad are outweighed by the friends and mateship of those who were involved in the war.  Many soldiers were young boys who lied about their age to go fight.  They were driven by pride and honor to fight for the country they loved.

On 25 April 1915, they landed on the beaches and engaged in a fierce battle with the Ottoman Turkish armies who were aligned with Germany.  The goal was to capture the Gallipoli Peninsula and open up the Dardanelles to enable the capture of Istanbul.  It ultimately ended in a stalemate that was drawn out for a long eight months before the allies pulled out at the end of the year.  There was great loss of lives on both sides, including 8000 Australians that would have a lasting impact on the two nations.

The ANZAC legend is a powerful legacy that had united two nations and continues to play an integral part in the way the past is viewed and the future shaped.  Although Gallipoli did not achieve it’s objective from a military perspective, it delivered a powerful message to the people.  The 25 April continues to be a key event on the calendar as we remember the sacrifices that were made.

ANZAC Day has since been expanded to incorporate all returned servicemen from WW2  up to the current Afghanistan wars, and military operations that include Australians who sacrifice their lives for their country.

This year is the 100th anniversary of the Gallipoli landing and there is an opportunity for all Australians and New Zealanders to participate.  A once in a lifetime event, Camp Gallipoli, will bring people together to sleep under the stars as our soldiers did 100 years ago. All across Australia and New Zealand it is a celebration of mateship, courage and endurance.  An emotional night of good friends, historic memories and tradition.

Recognised as a day of national remembrance, a dawn service is held at the same time of the Gallipoli Landings.  This service is followed by a march of military personnel, both past and current, around the country. It continues to be a time where Australians unite and reflect on the real meaning of war.

The ideals that were held by our ANZACs are still very much relevant today as we head into a new era.  Courage, mateship and endurance are qualities that drove our soldiers in 1915 and will continue to do so for many years to come. 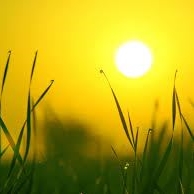